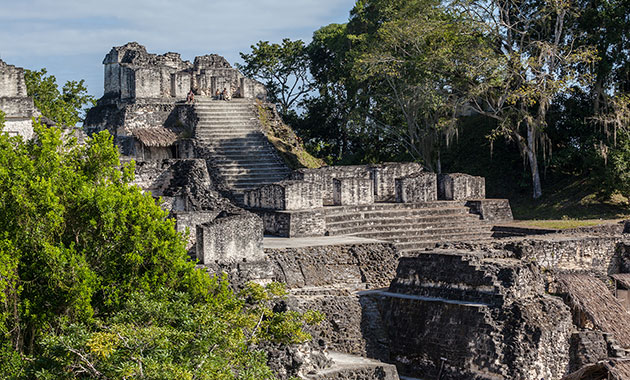 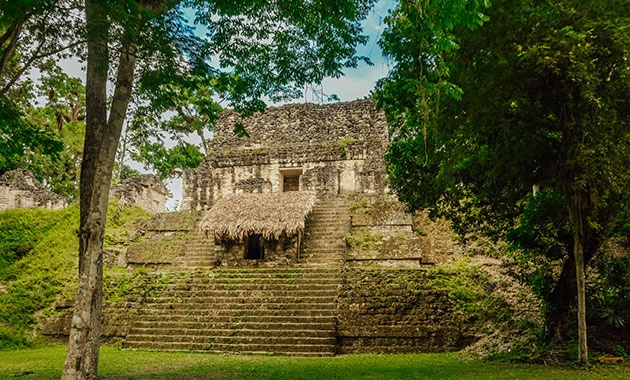 Tikal, a UNESCO World Heritage Site, is one of the largest and best understood ancient lowland Mayan cities. Located in the Petén Basin of Guatemala and containing numerous excavated temples and palace ruins, archaeologists believe that some of the architecture dates to the 4th century BC. There is evidence that the city was conquered in the 4th century AD and later abandoned in the 10th century. Tikal was rediscovered in 1848, but it was not until 1955 that the University of Pennsylvania began an archaeological project to investigate the ruins and open them to tourists. Today, Tikal is visited by thousands of people each year and continues to be the site of modern-day Mayan ceremonies.

Your day trip to Tikal will begin bright and early at 5:00am with a 2.5-hour drive through the Yalbac rainforest and to the western border of Belize. Once you cross the border into Guatemala, you will enjoy a scenic 2-hour drive through the Petén Basin to the Tikal National Park. For your 4-hour exploration of the ruins, you will have an extremely knowledgeable and experienced guide. You will have the opportunity to climb the temples and soak in the spectacular view of this ancient city nestled in the heart of the tropical rainforest. Most of the hiking will be on jungle trails, which will give you ample opportunities to view birds, monkeys, and other types of wildlife.
After your adventure is complete, a delicious lunch will be waiting for you at a recommended restaurant.

This website uses cookies to improve your experience while you navigate through the website. Out of these, the cookies that are categorized as necessary are stored on your browser as they are essential for the working of basic functionalities of the website. We also use third-party cookies that help us analyze and understand how you use this website. These cookies will be stored in your browser only with your consent. You also have the option to opt-out of these cookies. But opting out of some of these cookies may affect your browsing experience.
Necessary Always Enabled
Necessary cookies are absolutely essential for the website to function properly. These cookies ensure basic functionalities and security features of the website, anonymously.
Functional
Functional cookies help to perform certain functionalities like sharing the content of the website on social media platforms, collect feedbacks, and other third-party features.
Performance
Performance cookies are used to understand and analyze the key performance indexes of the website which helps in delivering a better user experience for the visitors.
Analytics
Analytical cookies are used to understand how visitors interact with the website. These cookies help provide information on metrics the number of visitors, bounce rate, traffic source, etc.
Advertisement
Advertisement cookies are used to provide visitors with relevant ads and marketing campaigns. These cookies track visitors across websites and collect information to provide customized ads.
Others
Other uncategorized cookies are those that are being analyzed and have not been classified into a category as yet.
SAVE & ACCEPT
GET 20% OFF